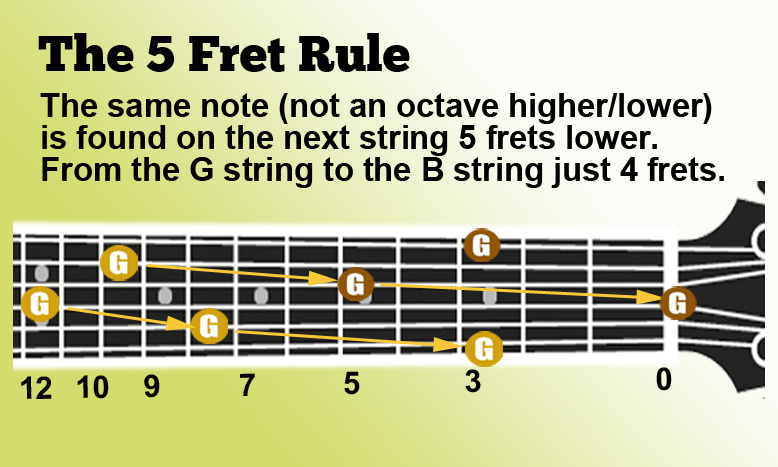 In a previous post we discussed how various features of the way guitar strings are tuned lead to predictable patterns between the strings.

A corollory of the previously mentioned “7 Fret Rule” is what we will now call the “5 Fret Rule”.

All this rule says is that you will find the same note on the next string 5 frets down (closer to the nut). This is an extension of the fact that each string (except the B string) is tuned 5 semi-tones above the previous one.

A good place to start with the application of these octave rules is to apply them to the key of C and stick with that until you master those positions.